That is one of the questions ahead of the return leg of round 3 in the EHF European Cup Women 2021/22, which starts Thursday.

Last week Gran Canaria narrowly lost to Skara HF in a high-scoring match at home: 38:37. The decisive return leg in Sweden is scheduled for Saturday.

Five more second-leg encounters will be played this weekend, alongside nine double-headers. 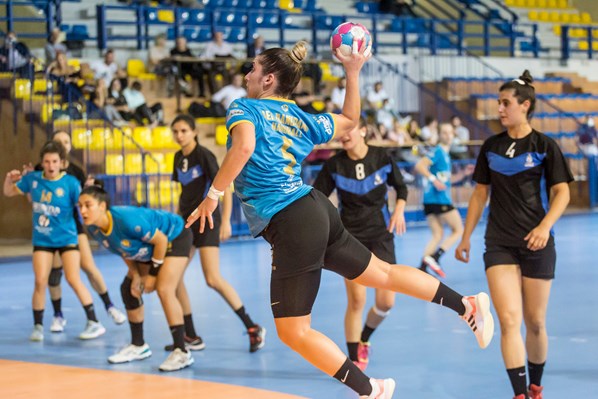 The only national derby in round 3 features two teams from Czech Republic: DHC Slavia Praha and Sokol Pisek. And while it is a double-header, both sides have the opportunity to play one game at home in their own arena.

On Saturday at 17:00 CET, they first meet in Prague. Just 25 hours later, they face again in Pisek, some 100 kilometres south of the Czech capital.

ROUND REVIEW: nine double-headers and seven second-leg matches determined all the round 16 participants

ROUND PREVIEW: The Macedonian side face KHF Prishtina in the opening round of the EHF European Cup 2021/22

Rocasa and Vardar among teams through to round 3

ROUND REVIEW: Renowned sides from Spain and North Macedonia defeated their rivals to progress to round 3 of the EHF European Cup Women

ROUND PREVIEW: The two-time Challenge Cup winners from Spain and former heavyweights from North Macedonia are aiming to advance

Title-holders Malaga through to Last 16

ROUND REVIEW: Despite a defeat on Sunday, defending champions Malaga won their double-header against Quintus

ROUND REVIEW: while a number of teams have already progressed to the next stage, Rocasa also have an excellent chance to go through

Court of Handball rejects the protest of IUVENTA Michalovce

OFFICIAL STATEMENT: The final score of the second leg match in the EHF European Cup Women between IUVENTA and Galychanka remains unchanged.

ROUND REVIEW: A.C. PAOK and IFK Skövde were the first to ensure their Last 16 berths after winning their round 3 double-headers