After creating surprises both in the quarter-finals and the semi-finals, can Aalborg go even further and win the trophy? No Danish side has ever reached the final before, so lifting the trophy would make even more history.

But Barça, a club which has won the Champions League nine times already, have a lot to make up for, including their 2020 loss in the final.

If the Spanish side look like the clear favourites on paper, Aalborg has proven lately that being the outsiders suits them perfectly.

Prior to the final, familiar rivals HBC Nantes and Paris Saint-Germain will play an all-French placement match. 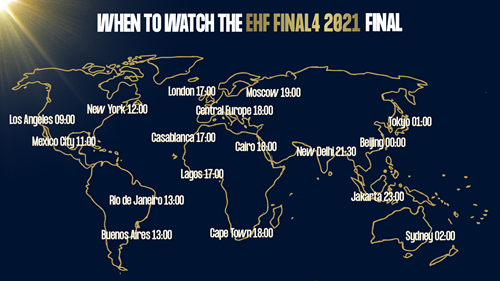 Next Article “Barça are an example to follow in European handball”

CSKA aiming to go all the way

10 transfers that will shape the new season

FEATURE: Discover which players have made the biggest waves with their summer moves in the DELO EHF Champions League

A rejuvenated team with a new vision

COUNTDOWN #14: IK Sävehof (SWE). Gaining experience and learning from the best are the key targets for the young Swedish side

Elverum with the drive to break top-six barrier

COUNTDOWN #12: Elverum Handball (NOR). Star attractions may have departed but the foundations for a competitive team are stronger than ever

EHF Marketing uses pandemic and effects on sponsorship to ti…

Györ and Rostov have most players competing at Olympics

A new dawn for the Red Dogs