Sweden’s traditional contenders in the DELO EHF Champions League are back in the big time after a year’s absence and although their focus will be on making this season a learning experience, IK Sävehof’s squad features some top international talent alongside an exciting young crop of players.

Most important question: Can Sävehof compete at this level?

Following a season out of the international spotlight, Sävehof are back in the top flight and find themselves in a stacked group B, alongside three of last season’s DELO EHF FINAL4 competitors.

Two seasons ago, the Swedish side reached the main round, where they struggled to get a foothold and could not score a win. A variety of goalscoring options was an issue then and an issue which they look to have addressed.

“Last season, we identified that we needed a mobile and big shooter to take ourselves to the next level, so we brought in Frida Rosell from Västerås, a young shooter who has been on the fringe of the national team.

“That will mean that teams cannot just sit back on six metres and defend against us,” explains Sävehof’s Sports Manager Emil Berggren.

Under the spotlight: Jamina Roberts

Following three seasons in Hungary and Denmark, Jamina Roberts returned to Sävehof for her third spell with the club in 2020 and returned to action impressively soon after giving birth.

The versatile back court player has gone from strength to strength since then and appears to be in the form of her life at the Tokyo 2020 Olympics.

When she returns from Japan, there will be plenty of expectations on Roberts to lead her young teammates with her on-court stature, ability to create scoring chances out of thin air and experience of the international scene. 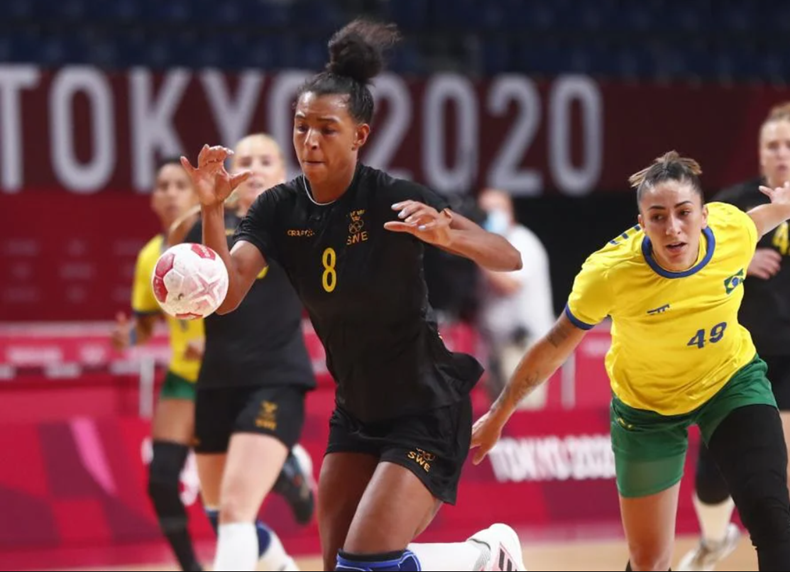 How they rate themselves

Experience and development are the keywords for Sävehof this season, reflected in the club’s summer signings and the words of Emil Berggren.

“With Tamara Haggerty we get some international experience as she has been with the Dutch national team and has played at a high level in Germany, she is good at both ends of the court and will be important for us.

“Angelica Wallén will play wherever she is needed and we need her experience in defence and she knows what the Champions League is all about.

“We cannot go into the Champions League with any huge hopes to advance, we are talking about development for all of the players here.

“Even with a player like Jamina Roberts, you can see in the Olympics that she is still developing and playing better than ever at 31. But we mostly have a very young team and we need to play against the best to learn how it is done and establish ourselves so that someday we can challenge the big teams.”

Sävehof is one of the most recognisable club names in world handball. As well as running both men’s and women’s teams which regularly claim Swedish titles and compete in Europe, the club organises the Partille Cup, the world's largest annual handball tournament in terms of the number of participants.

What the numbers say

Sävehof have progressed from the group phase on four of their last six attempts in the EHF Champions League.

The last time they qualified was in the 2019/20 season, when they went on to lose all six of their main round matches.

Previous Article Netherlands and Norway on a collision course

Next Article Perfect records torn asunder as preliminary round closes

Roberts: Nobody thinks we will make it past the group phase

ROUND PREVIEW: The defending champions face Sävehof in a Scandinavian derby in round 2 of the group phase

Sävehof back with one-goal victory

GROUP A REVIEW: A 5:0 unanswered run that prevented Team Esbjerg to score for nine minutes was the cornerstone of Brest Bretagne Handball’s…

GROUP B REVIEW: despite some problems in the first half, Györ cruised to a five-goal win in Ljubljana

GROUP B REVIEW: Nora Mørk's 12 goals powered Vipers to a comfortable win in a Nordic derby

MATCH OF THE WEEK REVIEW: Metz opened their campaign in style, claiming a six-goal victory at Odense

GROUP A REVIEW: A 10:3 start in the second half helped FTC-Rail Cargo Hungaria seal their first win of the season

Friendly rivalry between Rostov and CSM turns into a rout

GROUP A REVIEW: CSM Bucuresti make their worst-ever start in the DELO EHF Champions League after losing the second game in a row

LIVE BLOG: Running coverage of the eight matches in round 2 of the DELO EHF Champions League 2021/22