It is show time in Altice Arena in Lisbon! The EHF Finals Men 2022 throw off with the two semi-finals on Saturday, followed by the medal matches on Sunday. For the first time, a venue in Portugal is hosting the final tournament of an EHF club competition.

Since then, major world stars have been on stage in Altice Arena, including Madonna, Shakira, Kylie Minogue, Beyonce, and Bryan Adams. Altice Arena staged the MTV Music Awards in 2005, the Eurovision Song Contest in 2018. 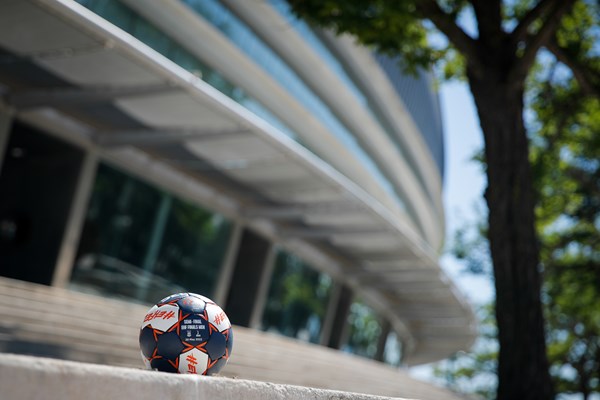 When SC Magdeburg and RK Nexe open the EHF Finals Men 2022 with the first semi-final at 16:00 CEST (live on EHFTV), it will be the first handball match in the arena since the final of the 2003 IHF Men’s World Championship final – which, coincidentally also featured the teams from Germany and Croatia.

Back then, Croatia won the match against Germany 34:31 for their first and sole world title, and the arena was still called the Pavilhão Atlântico.

In 2003, the whole final weekend was staged in the arena as 12,000 fans saw Croatia win gold, Germany silver, and France bronze. Hosts Portugal missed the final weekend as they ended their home tournament in 12th position.

So, when SL Benfica and Orlen Wisla Plock take the court for the second semi-final at 18:30 CEST, it will be the first time a handball team from Portugal will play in the Altice Arena.

FINAL PREVIEW: The hosts count on another boost from their home fans, while the defending champions rely on experience

FEATURE: One day prior to the semi-finals, players and coaches got to know the venue for the EHF Finals Men

Quotes from the EHF Finals Men 2022

SUMMARY: Coverage of the EHF Finals Men 2022 in Lisbon, where the European League title was decided on 28/29 May

NEWS: The match officials for the final tournament of the EHF European League Men in Lisbon have been announced