Breaking down the EHF EURO 2024 qualifiers

Following last week’s draw event for the Men’s EHF EURO 2024 qualifiers, the path has been laid out for the 32 contenders.

20 places at the final tournament are up for grabs and we will take a broad look across the eight groups, highlighting the standout quartets.

The winners and runners-up of all eight groups, as well as the four best third ranked teams, will earn a spot at the final tournament, where they will be joined by hosts Germany and 2022 medallists Sweden, Spain and Denmark.

Two groups really stand out with the potential for wild results each and every round. Group 4 is one where all four teams will be licking their lips at their opponents and see this as a chance to win their group.

It features two of the weakest teams at EHF EURO 2022, Austria and Ukraine, and two teams with the potential to beat more prestigious teams on their day. Romania have come close to qualifying for the first time since 1996 on a few occasions, while nobody will fancy a trip to Torshavn to face Faroe Islands’ exciting young team.

In group 6, Hungary are the clear favourites to progress but nothing is certain behind them. Switzerland and Lithuania have both capitalised on the expanded 24-team championship but must go through a bit of a generation shift, while Georgia will relish the opportunity to challenge themselves against higher-ranked opposition with their steadily-improving squad. 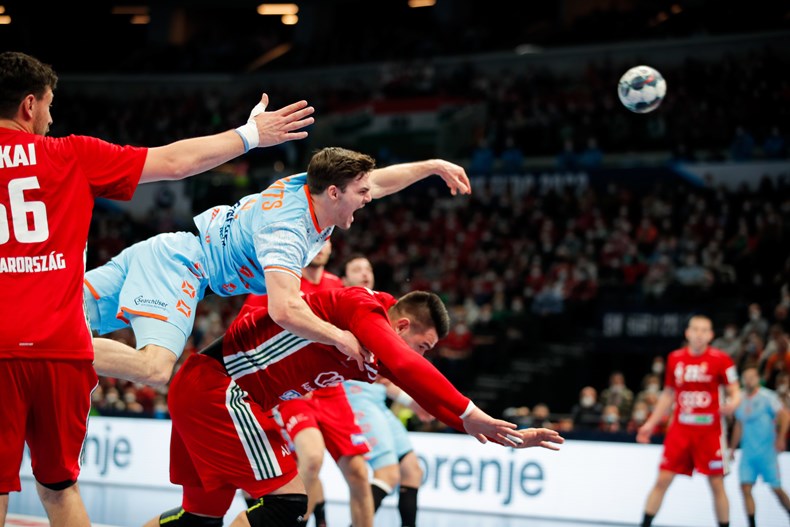 Both of these groups feature teams who have been knocking on the door for a while, without joy, but could this be their chance to make the breakthrough?

Iceland and Czech Republic should be too strong over the course of six rounds to be challenged for the top two spots, but both have recently been prone to surprise losses away from home – Iceland at Lithuania and Czech Republic at Faroe Islands.

And it is exactly that type of result Israel and Estonia will be hoping to pull off in pursuit of the points that could see them place among the top four third-place sides.

The same can be said for Greece and Belgium, two teams in a rich vein of form at the moment. Belgium have just celebrated a historic first ticket to next January’s World Championship with an impressive victory over Slovakia, while Greece are aiming to join them by upsetting Montenegro this week.

This group deserves a section of its own and Montenegro’s Vasilije Kaludjerovic’s excitement in the immediate aftermath of the draw says it all.

"Our group is totally crazy. We were joking about a group like this before the draw had started and now it happened to be an all-Balkan group. We know each other very well, this will be a group for all fans, as it is like home matches for everybody. We are the favourites at this moment, but we have to show this in every game. I am very happy with this group."

Based on recent form, Montenegro may well be favourites but nothing will come easy in this quartet. Slovenia will expect to be in full flow by the time the qualifiers begin in October with new coach Uros Zorman having enough time by then to shape his intended style of play.

Bosnia and Herzegovina now have two consecutive EUROs under their belt and will be in no mood to miss out in 2024, while underdogs Kosovo will feel the time is nigh to make the breakthrough and build upon the impressive results they earned against Romania, Israel and Poland in recent campaigns. 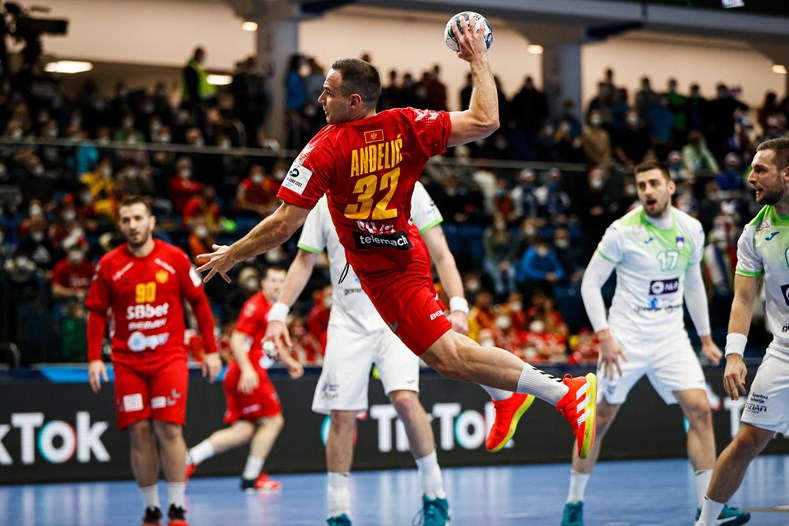 Finally, we look at groups where the gulf in class between pots 1/2 and 3/4 appears too great to close in the coming year.

Demoralising losses in World Championship qualifying for the pot 3 teams, Turkey, Slovakia and Latvia, shows that their current level leaves a lot to be desired and something big will need to change in order to trouble the top dogs.

Italy and Finland both came close to causing a shock in the 2022 qualifiers and with their young teams seemingly improving every time they come together, perhaps they will be the source of hope for neutrals looking for some surprising results in these seemingly straightforward groups.

The qualifiers will begin on 12 October 2022 and run until 30 April 2023 with the nations battling for 20 places at the final tournament in Germany which will be played between 10-28 January 2024.

Next Article Serbia down Slovenia with memorable performance

The impact and evolution of pace

IN NUMBERS: Data gained at the Men's EHF EURO 2022 show the increasing importance of playing with pace in handball

GROUPS A, B & C PREVIEW: EHF EURO 2022 will see plenty of action on its first day, with Hungary and the Netherlands playing in Budapest

Neighbours battle for points in Debrecen and Szeged

GROUP I PREVIEW: Iceland and France both have the chance to join Denmark in the final weekend, but only one can progress

Decisive clashes coming up in group I

GROUP I PREVIEW: Five teams still battle for two semi-final tickets as the main round intensifies in Budapest

GROUP I PREVIEW: France and Denmark aim to extend unbeaten runs, while three teams hope for first main round wins

The battle for the final weekend starts in Budapest

GROUP I PREVIEW: Six teams, spread across three high-octane games on Thursday, start their journey to the main round in Budapest

GROUPS E & F PREVIEW: Past champions Sweden and Spain clash in Bratislava, while Norway aim for a main round berth

The beautiful brutality of a close group

FEATURE: In the closest group at the EHF EURO 2022, even unbeaten Iceland could end up knocked out on Tuesday night