The preliminary round groups for the Under-17 EHF Beach Handball EURO 2021 have been unveiled ahead of this summer’s competition.

The double-gender event will take place on 8-11 July in Varna, Bulgaria, in the week immediately before the senior event is staged in the same city.

In both the women’s and men’s groups six groups of three teams were drawn, with 18 federations distributed based on their EHF beach handball ranking. The nations who finish in the top two positions in each group at the end of the preliminary round will earn a place in the main round. 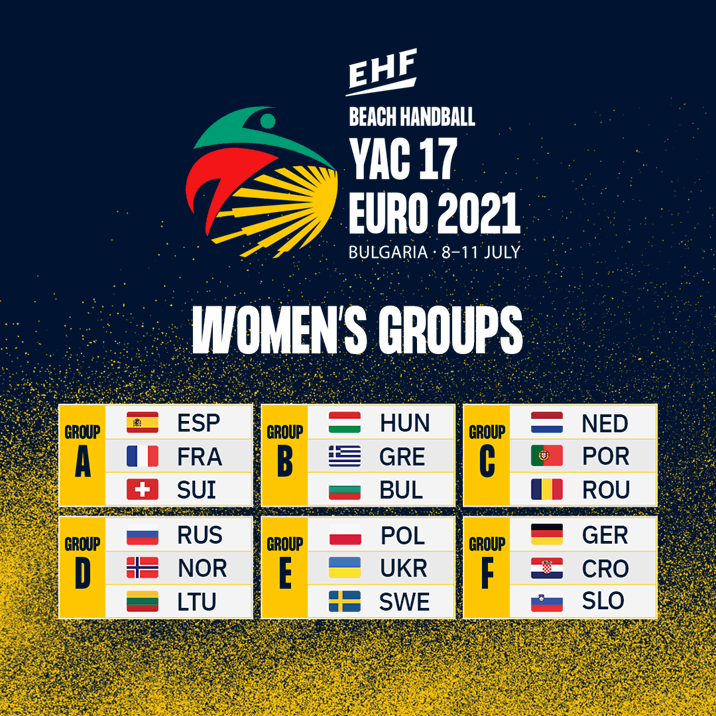 Reigning champions Spain, the number one team in the beach ranking, were placed in group A. The Spaniards, who beat Hungary in the final in 2019, were drawn alongside France and Switzerland.

Having finished runners-up in the competition last time, Hungary – whose women’s youth sides have won seven previous Beach EURO titles in the past – were second in the ranking and placed into group B. They will play alongside host nation Bulgaria and Greece for a place in the main round.

Meanwhile Germany – bronze medalists in 2019 – will play in group F alongside Slovenia and Croatia. 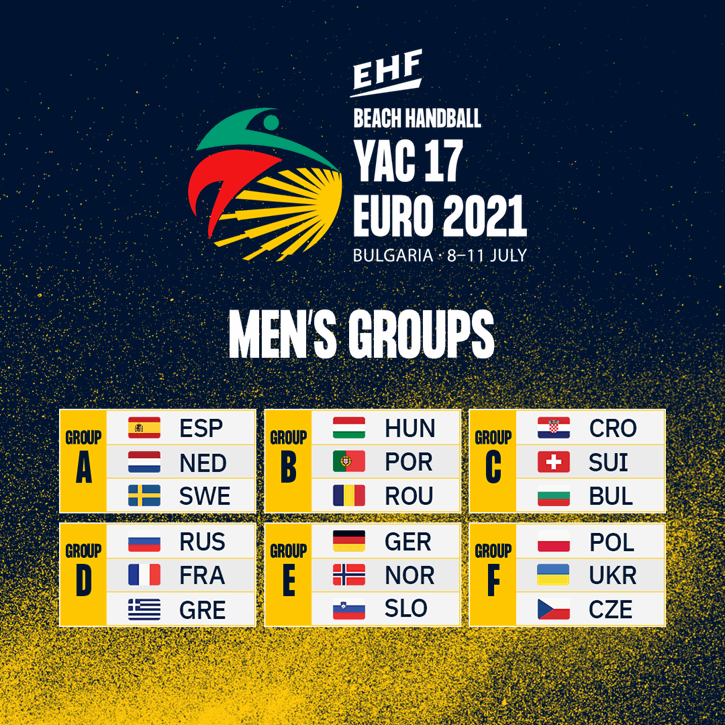 Croatia, who won the men’s gold medal in 2019 in Poland, will begin their defence of the title in group C alongside hosts Bulgaria and Switzerland.

The teams which finished third and fourth at the event two years ago meet again in the preliminary round as Spain and the Netherlands were drawn alongside one another in group A together with Sweden.

The groups for the men’s and women’s EHF Beach Handball EURO 2021 will be announced on Monday, at 11:00 CEST to mark 99 days before the start of the competition.

Next Article Malaga hope to build on away success

Our guide to every single EHF Beach Handball EURO in history continues with the third event, which in 2004 was held in Antalya in Turkey

NEWS: The groups for this year’s ebt Finals in Torrox in June have been announced

Our guide to every single EHF Beach Handball EURO in history continues with the second event, held in Cadiz in 2002

Our guide to every EHF Beach Handball EURO in history begins with the first, in Gaeta in the year 2000

NEWS: The groups for the preliminary round of this year’s EHF Beach Handball EURO have been decided

NEWS: Watch and learn a variety of new beach handball training drills in videos launched by the EHF

NEWS: 18 women’s and 19 men’s teams have put their name in the hat for this season’s beach handball highlight event

NEWS: Countdown to the beach handball season opener is on with qualified teams called to register for the ebt Finals 2021