Round 1 of the EHF European Cup Men 2022/23 will finish this weekend with 14 matches, including six second-leg encounters and four double-headers.

In the only national derby at this stage, SSV Brixen hope for a strong comeback on Saturday after they lost the first leg against fellow Italian side Raimond Sassari, 29:24.

Brixen were already five goals down at the break (16:11) but managed to keep that margin in the second half, which could give them some confidence for the return leg at home. 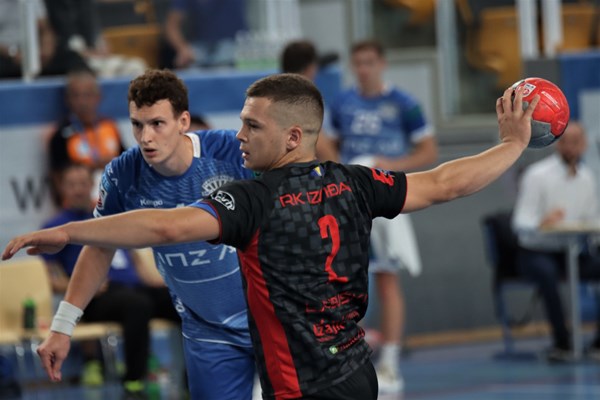 In round 2, which has been scheduled for 29/30 October and 5/6 November, 51 more teams will join the race. Those teams include Norwegian side Nærbø IL, who ended their first ever continental campaign by surprisingly winning the EHF European Cup title last season.

At last week’s draw, the defending champions were paired for the round 2 with either RK Slovenj Gradec from Slovenia or Maccabi Rishon Lezion from Israel. Those teams will face each other twice in Slovenia this weekend.

Previous Article Women at the heart of the game: Katarina Bulatovic’s pride

ROUND REVIEW: impressive comebacks and post-match shootouts helped to determine all participants of round 2

Vestmannaeyjar, Zubri and Gracanica progress to round 2

ROUND REVIEW: Three teams secured their progression following wins in double-headers, while the Italian derby is still open after the first…

EHF European Cup Men to throw off on Friday

ROUND PREVIEW: Three round 2 participants will be confirmed following the double-headers in the opening round this weekend

DRAW REVIEW: Defending champions Nærbø IL discovered their possible round 2 opponents during Tuesday's draw at the EHF Office in Vienna

NEWS: The draw for round 2 of the EHF European Cup Men 2022/23 will take place at the EHF Office on Tuesday 6 September

Quintus and Vestmannaeyjar face Greek opponents in round 2

NEWS: 27 ties were drawn in round 2 of the EHF European Cup Women 2022/23 at Tuesday's big draw event in Vienna

NEWS: Raimond Sassari and SSV Brixen will meet when round 1 of the EHF European Cup Men begins on 10/11 September 2022

118 balls to be opened at Tuesday's draw event

PREVIEW: A big draw event for the 2022/23 club season will take place on Tuesday 19 July at the EHF Office in Vienna

NEWS: The club registrations for the upcoming season of the EHF European Cup Men have been released