On Thursday evening in Barcelona, Barça recorded their 10th straight victory against SG Flensburg-Handewitt in the EHF Champions League to book their 10th EHF FINAL4 ticket since 2010.

After Barça's 33:29 away win at Flensburg in the first leg of the quarter-finals, the roles were clearly set for the second leg, but the German side did not surrender – even when a miraculous comeback was out of reach. However, Barça ultimately held their nerve to win the second leg 27:24 and clinch a berth in Cologne for the fourth straight time.

Dika Mem leads the race for the golden ball

This season, Mem has a great chance to win the golden ball as the top scorer. After scoring six goals against Flensburg to finish as the top scorer in the second leg, the French right back and Olympic champion is on 90 goals before the EHF FINAL4 – having just passed former number one Felix Claar, who has scored 88 goals for Aalborg.

Mem’s major opponent for the award is Veszprém's Serbian left back Petar Nenadic, who has struck 85 times.

We played better than in Flensburg and we believed in our little chance, but five goals in Barcelona is a big challenge. We really had a chance to put a little more pressure to them, but in the last 20 minutes we didn’t have the power.
Maik Machulla
Coach, SG Flensburg-Handewitt 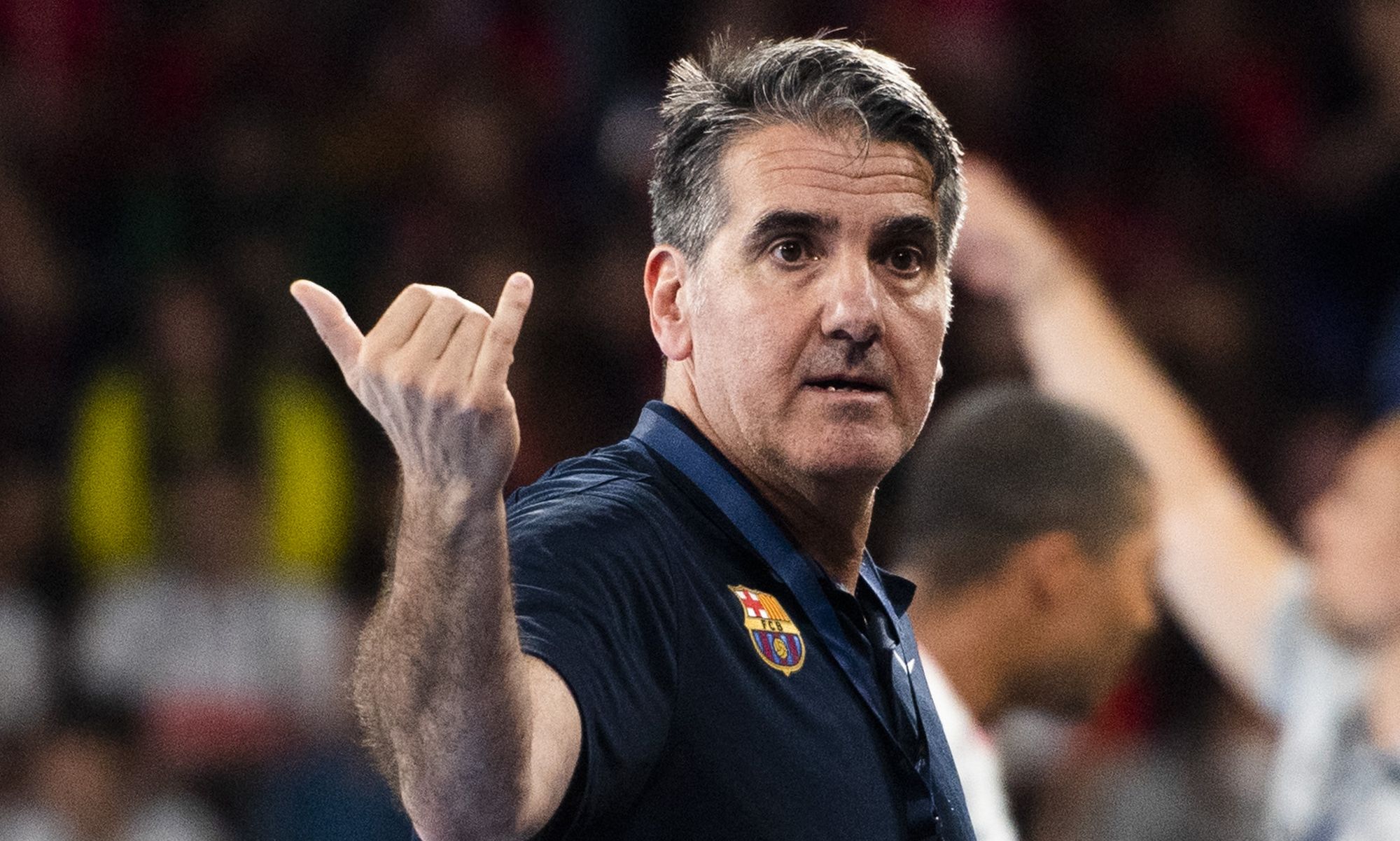 We are really happy to be again in an EHF FINAL4. We lost two matches against Kielce and it was hard for the team, but we continued working and we had time to grow like a team.

Today, Flensburg followed the rules that Maik (Machulla) gave his team. They played as slow as possible to arrive with energy at the end, but we played with smaller players who were fester.
Carlos Ortega
Barça coach

This is me: Ludovic Fabregas

THIS IS ME: Barça's French line player takes us on his career journey, which an emotional move to Catalunya the highlight

MEDIA RELEASE: The EHF Executive Committee has confirmed the upgrade requests for the coming season in the EHF’s premium club competition

NEWS: List of registered clubs includes 22 men’s and 17 women’s teams, with the line-up for both competitions to be confirmed on 27 June

NEWS: The dust has barely settled on an unforgettable season but plans for 2022/23 are already in motion

NEWS: The Macedonian club HC Vardar 1961 will not participate in any European club handball competition according to a decision of the EHF E…

Wiederer: “Cologne is the perfect platform”

FEATURE: The president of the EHF praises the 2022 edition of the EHF FINAL4 Men, and reflects on the various EHF club competitions

This is me: Aleix Gómez

THIS IS ME: The latest episode of our up-close-and-personal series features the EHF Champions League top scorer from Barça

TALKING POINTS: With Barça becoming 10-time winners and more goals scored than ever, the EHF FINAL4 Men fully lived up to its billing