32 teams will vie for the remaining 20 places at the Men’s EHF EURO 2024 when the qualifiers begin in October — and it almost time to find out who will play who in the quest for the final tournament in Germany. The draw for the qualifiers will be held on 31 March at 18:00 CEST in Berlin and streamed live on the Home of Handball Facebook and YouTube pages, as well as on EHFTV.

20 of the participating teams enter the race after playing the EHF EURO 2022, starting with fourth-ranked France all the way down the ranks. Another eight participants — Estonia, Faroe Islands, Greece, Israel, Italy, Kosovo, Romania and Switzerland —are qualified for this phase after being eliminated in the final qualification stage on the path to the EHF EURO 2022. Belgium, Finland, Latvia and Turkey progressed from the EHF EURO 2024 qualifiers relegation round.

Due to the EHF decision to ban teams from Russia and Belarus, two teams defeated in the relegation round will replace these national sides: Georgia and Luxembourg, rounding out the 32 qualifiers participants.

The pots for the draw have been determined according to the EHF Men’s National Team Ranking:

A maximum of four of the lowest-ranked teams at the end of this final qualification stage will join the relegation round in the EHF EURO 2026 qualifiers. 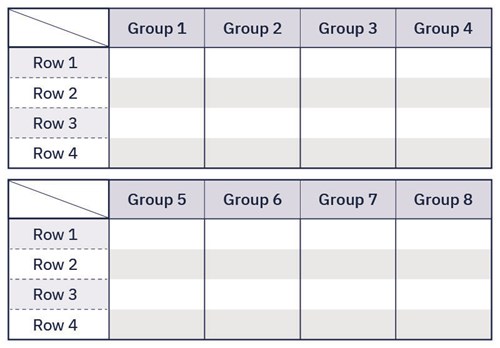 The qualifiers will be played in three periods of two matches each for a total of six rounds, during which the teams in each group face each other in home-and-away legs. The dates for the six rounds are as follows:

With 24 sides set to contest the event on 10–28 January 2024, four are already qualified: host Germany, defending champions Sweden, and EHF EURO 2022 medallists Spain and Denmark. These four sides will play the EHF EURO Cup 2024 following the same schedule as the qualifiers.

Next Article Scandinavian teams on fire ahead of quarter-finals

Women at the heart of the game: Gordana Naceva’s love for sp…

Women at the heart of the game: Katarina Bulatovic’s pride

NEWS: The Olympiahalle in Munich has been confirmed as the sixth and final venue for the Men's EHF EURO 2024

NEWS: The application process for volunteers in the Slovenian host cities of Ljubljana and Celje is now open

Media representatives can now apply for accreditation for the Women’s EHF EURO 2022 taking place in Slovenia, North Macedonia and Montenegro…

International iGaming Operator Coolbet has joined the official partner list of the Women’s EHF EURO 2022 which will be played in Slovenia, M…

The European Handball Federation starts honouring the players’ performances with a dedicated award and gala event. 'Hall of Fame' to be intr…

NEWS: The EHF held a seminar for referees and delegates in Vienna ahead of the Women's EHF EURO 2022

NEWS: SAP Garden in Munich will not be finished in time; ‘Olympiahalle’ as possible alternative