With defending champions Vipers Kristiansand as the hunted team and five-time champions Györi Audi ETO KC as one of their main challengers, the DELO EHF Champions League is ready for a new season.

Before throw-off of the 2021/22 campaign this weekend, here is the traditional overview of the main facts and figures of Europe’s premium competition in women’s club handball.

0 teams have been part of all seven EHF FINAL4 events so far; record winners Györ lead the way with six appearances.

1 sustainable trophy, designed in 2020 and showing the moment a ball hits the net, is the prize the 16 teams are playing for.

1 team managed to win the EHF FINAL4 in back-to-back seasons: Györ in 2017, 2018 and 2019. The latter victory marked the first time a team won the women’s edition of the EHF Champions League three times in a row.

1 more draw is needed this season: for the semi-finals. The play-offs and the quarter-finals are determined by the final standings in the group phase.

1 debutant is among the 16 group phase participants: Turkish champions Kastamonu, who previously stranded in CL qualification twice – in 2017/18 and 2019/20.

2 of the most successful CL players of the past 10 years have left Györ in the off-season: Anita Görbicz retired (but remains involved as team manager) and Eduarda Amorim Taleska moved to Rostov.

2 group winners and two runners-up advance to the quarter-finals directly after the group phase.

2 teams per group, ranked seventh and eighth, will be eliminated from the competition after the group phase.

2 EHF FINAL4 matches did Györ lose in a penalty shoot-out: in 2016 against CSM and in 2021 against Brest. Both times Isabelle Gulldén was part of the winning team. 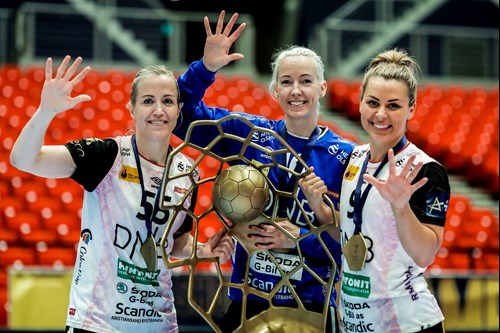 4 nations have two teams each in the group phase: Russia, Denmark, France and Hungary. Last season six nations were all represented twice.

4 teams of the DELO EHF FINAL4 2021 in Budapest are again part of the group phase: Vipers, Brest, Györ and CSKA.

4 times has Ambros Martin won the CL with Györ; since April he is back at the Hungarian side. Martin was coach in seven CL finals in total.

4 countries had a winning team at the EHF FINAL4 in the past: Hungary (four), Montenegro, Romania and Norway (all one).

8 of the 16 group phase teams played at the EHF FINAL4 in the past: Brest, Bucuresti, Buducnost, CSKA, Györ, Metz, Rostov, Vipers.

8 matches (four home-and-away ties) will be played in the play-offs and again in the quarter-finals.

11 nations in total have been represented by the CL winners since 1993: Denmark, Hungary (six titles each), Austria (four), Montenegro, Norway, Slovenia (two each), Croatia, North Macedonia, Romania, Russia, Spain (one each).

14 of the 16 clubs from the 2020/21 group phase are back again this season; new this time are Sävehof and Kastamonu, replacing Valcea and Bietigheim.

15 times in the last 15 seasons, Györ reached at least the quarter-finals of the CL.

16 or 18 matches will be played by each team that qualifies for the EHF FINAL4 on 4/5 June 2022 – depending on whether they skip the play-offs or not. 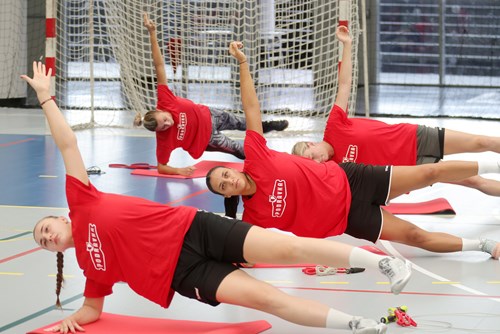 28 seasons (including 2021/22) Podravka from Croatia have been part of the CL; Krim from Slovenia are going into their 27th season; Buducnost from Montenegro into their 26th.

55 CL matches in a row was the length of Györ’s unbeaten streak, which ended with their semi-final defeat against Brest last season.

57 is the highest number of goals scored by a single player at EHF FINAL4 events; this record is currently shared by Nycke Groot and Anita Görbicz, who both retired after the 2020/21 season.

Next Article Aalborg’s ambitions now loftier than ever

Esbjerg and FTC to meet in Denmark

ROUND PREVIEW: Two exciting matches between Danish and Hungarian teams are among the highlights in round 11 of the DELO EHF Champions League

Top four sides in group B to clash in fiery round

ROUND PREVIEW: The group phase of the DELO EHF Champions League is approaching its business end with round 10 this weekend

FACTS AND FIGURES: A total of 116 DELO EHF Champions League players are competing at the World Championship

Eyes in round 9 on Russian-Danish duels

ROUND PREVIEW: The DELO EHF Champions League 2021/22 returns from its seven-week break with interesting clashes

FEATURE: Dortmund with their unexpected start and an on-fire rookie steal the show in the DELO EHF Champions League

Spotlights on Russian-Hungarian duels in round 3

ROUND PREVIEW: Unbeaten Rostov and FTC meet in MOTW, while CSKA travel to Györ in two standout ties this weekend

ROUND PREVIEW: The defending champions face Sävehof in a Scandinavian derby in round 2 of the group phase

Put your EHF Champions League knowledge to the test

QUIZ: 12 questions ahead of the start of the group phase in the DELO EHF Champions League 2021/22

MOTW and French-Russian duels highlight round 1

ROUND PREVIEW: The DELO EHF Champions League 2021/22 throws off with several eye-catching clashes this weekend